I mean, think about the implications. First, we need to admit that we’re imperfect. Like, we are inherently flawed, not inherently good. Then, because we’re imperfect and unworthy of having relationship with God, we need someone to fix the rift. One person, exclusively. We could stop right there. Everyone is evil and the only way to get to Heaven is to believe in one guy who lived 2,000 years ago? Who needs that?

These days, it seems like reason is less valued than being reasonable. We don’t value discourse as much as we value acceptance of what is the consensus. It’s not that we don’t disagree with each other, but taking a stand on something that is goes against the direction of our society is seen as intolerance. Even holding the belief that people are broken is unpopular, and if we don’t agree that we are imperfect and in need of a savior, we can’t have much of a conversation.

Mark Vermillion wrote a blog post last year about his encounter with an atheist on an airplane. It was a conversation that certainly did not begin in the right way, and Mark admits that he reacted to the man both uncharacteristically and rudely. It’s worth checking out–click to read it. But they moved past the rough beginning to their interaction, and as the two men opened up, the other gentleman replied, “Faith in God is reasonable for you. But I’m not there. Doubt that I ever will be.”

It’s not that the concept of faith itself is lost–we have faith every day, and our experience enhances our faith.  On the night Paisley was born, my parents were in a head-on collision. A car driving the opposite direction crossed the double yellow lines and hit them, totaling both vehicles and injuring my parents. After that incident, my mom and dad were very nervous to get back into a car. My dad, explaining his feelings said, “When someone violates the rules of the road like that, you lose trust in the other drivers around you.” We have faith every day when we get in our vehicles, that the other drivers will obey the rules of the road. We have faith every time we sit in a chair or take a drink of water or board an airplane.

When someone violates the rules of the road like that, you lose trust in the other drivers around you. 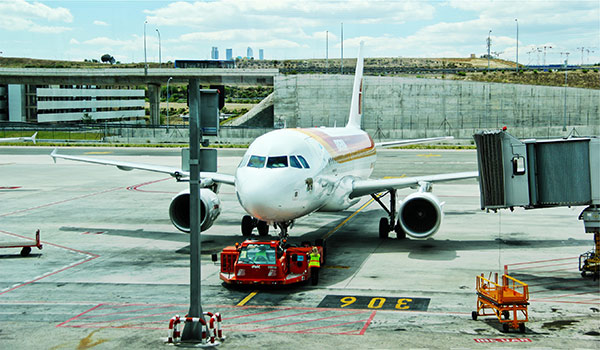 We have faith in those things because we have experience with them. We know that the chair will hold us up or the water will refresh us or the pilot will get us to our destination safely. But faith in God doesn’t make sense to someone who has not acknowledged their experience with Him. So if we don’t have faith that God exists and works among us, the rest of the story seems unnecessary and kind of silly. That’s what’s happening in our society, and Paul wrote about it in 1 Corinthians:

“For the message of the cross is foolishness to those who are perishing, but to us who are being saved it is the power of God. For it is written: ‘I will destroy the wisdom of the wise; the intelligence of the intelligent I will frustrate.'” 1 Corinthians 1:18-19

The problem arises when people no longer have experience with the things of God. That’s the climate we’re getting ready to go to in Western Europe. In his book The World’s Christians, Douglas Jacobsen writes:

“The culture has moved from one in which belief in God provided the general background to all of life to one in which belief in God is an option for people who are ‘into that kind of thing’ or who have time to reflect on the deeper meaning of life. But many people can live much of the time without any thought of God, the transcendent, or the spiritual dimensions of existence. It is not that Western Europeans are actively rejecting Christianity, since many Western Europeans still express support for Christianity in general. What is lacking is a sense of how Christianity connects with ordinary life.”

Christianity can’t make sense until we have faith that God lives and works among us, linking our ordinary lives with an extraordinary Creator. Let’s join together and pray for those who need to experience the living power of God in their lives, that they would acknowledge the spiritual part of their being and continue on a journey to seek out something more.

This site uses Akismet to reduce spam. Learn how your comment data is processed.